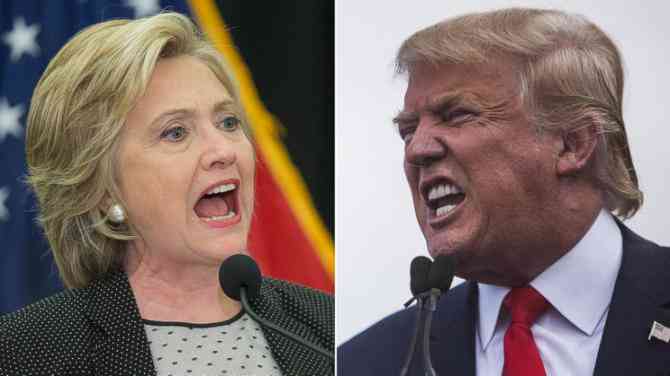 I know you all don’t come to this site for politics. I don’t take that lightly. And I wouldn’t post this if I didn’t feel the need to do so.

I also know that politics divides us all. And splinters us. And people have strong beliefs in this area. I am having some strong beliefs towards this presidential election.

This is the most embarrassed I’ve ever been to be a citizen of the United States.

Throughout my life, I have rarely been filled with loads of national pride. There certainly have been times when I had it. And I do believe I live in an amazing country. With an amazing constitution. And the laws in this country are set up to allow citizens the opportunity to live amazing lives.

I know how fortunate I am, having been born here. I love the United States. And love all for which it stands, in principle.

But I see these two candidates that we have put up for election to lead this great nation. And I know something is broken here.

The more I have gotten to know these two candidates, one of which who will go on to be president of the United States. I know that a lot is broken here.

This is not the best we have to offer. It can’t be.

And I know I am not alone in believing this.

In almost every conversation I have with someone about the election, democrat or republican. We basically agree that these two choices are horrible.

And I get it. I wouldn’t want to admit it either.

There seem to be so very few of us who are actually proud of either candidate.

What most people are proud to tell you…is how absolutely despicable the other candidate is. How absolutely horrible they are as a person. And how bad they would be as a leader.

A point that which, unfortunately, I cannot argue. For either of them.

But is this what’s it’s come to? We are going to elect someone, solely because they are the lesser of two evils? To lead our country?

I don’t want the lesser of two evils. I want someone for whom I can be inspired. Someone about whom I can be excited. And hopeful.

I want a hero. To lead our country. To play a part in leading the world. Out of dark times.

We don’t have one currently running for president.

I am not claiming that I could be president. Even if I wanted to be. If by some miracle I got through even the first step in the election process. And by the grace of 1,000 miracles, I actually got elected. I wouldn’t be a good president. I’m not suited for it.

But there are people who are out there who would be. There are qualified, smart, ethical, fair, genuine people out there.

I know they exist because these are the people with which I choose to surround myself. In my personal life.

Incredible people are out there.

Yet the two candidates that we have pushed to the front…these aren’t people that I would trust to run a boy scout troop, let alone this country.

I know time flies. I’m hopeful that these next four years flies faster than most. And I hope the president elect makes few waves. And ruffles as few feathers as possible. And that we stay away from war. And focus on doing great things for this world.

And then next presidential election, we get someone up there for whom we all can be proud. Someone who can lead this country and be amongst the greatest leaders this world has ever known.

I realize that’s idealistic. And that this country right now is very divided. But maybe there is hope. Maybe through this complete and utter embarrassment, we can come together. Maybe this is such a terrible disaster of an election and a presidency. That we come together to make better decisions and put forth better candidates in the future. Hopefully in the near future.

I understand and respect your beliefs, as to why you would vote on Tuesday, for the lesser of two evils in your eyes. And maybe you actually like one of these two and are completely offended by this. And I respect those beliefs as well.

This blog chronicles the journey from normal man to modern day samurai warrior in the heart of New York City.